Wife abuse his rife in SA, and knows no barriers 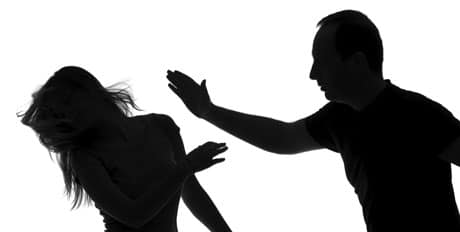 During the normal course of my work, I regularly treat people who are victims of violence. These are ordinary South Africans who have survived hijackings, muggings and robberies. Some have endured terrible beatings and torture, and almost inevitably end up suffering from post-traumatic stress disorder.

In a weird way, we understand it because these people are victims of violence. But there is another type of violence perpetrated daily, on a larger scale, by so-called respectable men, family men, men who work next to us. This is the violence of wife abuse, inflicted by men on their women. I regularly see women referred to me – not because of the violence-but for some other reason, usually panic attacks anxiety, depressive symptoms, chronic pain or some other psychological disorder.

During the course of the assessment, details of the violence will slowly emerge and, when trust is established, the whole sordid story gushes out.

The violence is horrific. At a stretch, one could, I suppose, understand a man pushing his wife aside in irritation or anger. But when a man punches a woman like he is in a street fight, it beggars belief.

This week, for example, I saw a patient who finally divorced her husband of 14 years after enduring a brutal marriage in which her husband beat her, either with his fists or a baton. But it didn’t stop there. As is common, the brutality extended to the bedroom. Just like in situations of war, where men almost always rape women to show their power – this man used to rape his wife-anally, without lubrication. He also shoved cooldrink bottles into her vagina-“for fun”.

We may think this man is an aberration. I assure you he is not. This kind of violence is common, and any person who works with abused women will confirm the high prevalence of extremely violent husbands.

You may also think the majority of women who are abused are from working-class backgrounds. Again, this is not true. A large percentage of professional woman find themselves on the receiving end of violent husbands. The problem is that this group of women are most likely to keep silent about their ordeal. They find themselves embarrassed and especially ashamed that they are in such marriages.

They find they are intelligent, highly-skilled, supremely competent women at work, yet are reduced to punching bags at home. Ashamed about their powerlessness, they keep silent about their suffering. This perpetuates the violence.

Feeling ashamed is one of the most powerful forces that silences women in such types of relationships. I often see women who have married men their parents strongly disapproved of, and when their marriage turns ugly, these women feel too ashamed to leave and go back to their families for assistance.

There have been many theories postulated to explain why men, who took vows at their weddings “to love and cherish” their wives, end up beating them black and blue.

Over the years I have found none of them properly explain this behaviour, but I have noticed some interesting patterns. Firstly: If there are male children, the beatings suddenly stop when the children are old enough and physically big enough to defend their mother.

Secondly: When I speak to the men, they frequently say “she made me hit her”, or she drove me to hit her”. This is the so-called provocation theory: that the woman so frustrated the man that he just had to hit her. I then ask them why, when their boss or work colleagues sometimes frustrate them to breaking point, they don’t lash out at them. The response is usually the same: “Are you mad? I’ll get fired.”

All of which leads me to conclude that men beat up their wives simply because they can, and because they can get away with it. Alcohol, of course, is frequently used as an excuse. But if you know you become violent when you drink, then why drink?

Of course, this sad phenomenon has been around for centuries. Roman husbands had the legal right to chastise, divorce or kill their wives for engaging in behaviours as trivial as tippling wine or showing their faces uncovered in public.

But we live in the new millennium, and this barbarous behaviour has no right to exist anymore.