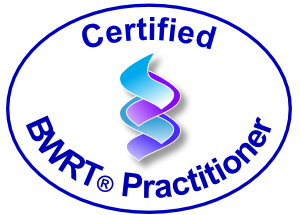 The Terence Watts BWRT Institute was formerly known as The Institute of BrainWorking Recursive Therapy. It was renamed in October 2018 to better show the therapeutic origins of the process.

BrainWorking Recursive Therapy® – BWRT® – was created in 2011 by Terence Watts, a therapist, author of many books and training courses and principal of the Essex Institute in Essex, UK. Like many great ideas it was born out of a moment of inspiration while reading about some experiments carried out in 1983 which appeared to show that we don’t actually have free will in the way we … usually think of it. More than that, it showed that decisions were made and acted upon by our mental processes before we become consciously aware of them.

It was immediately evident that this process accounted for a huge number of the psychological difficulties which so many people have to put up with, and obvious, too, that with some research it could provide the basis for a profound therapeutic intervention, something more powerful and effective than anything that existed to date. Terence had for some time been working on an idea to work with several complicated issues.

In September 2013 Rafiq Lockhat did the first online training of BWRT. He was excited and saw it as a Psychotherapeutic revolution and realised what a radical difference it could make to therapy in South Africa. He then became Terence Watts’ research partner and began to research the effects of BWRT on a range of psychological conditions, not just anxiety. For the next 8 months Terence and Rafiq interacted daily via Skype discussing the various issues that were emerging as a result of using BWRT on his patients. By September 2014 he had amassed over 200 case studies and felt confident that this could be a therapy that could transform the therapeutic landscape of South Africa.

Then in September 2014 he went over to the UK and Terence Watts and himself spent a full week developing the training the manuals to teach BWRT worldwide. Rafiq then returned to South Africa and presented his findings at the PSYSSA Congress in Durban. It was enthusiastically received by his colleagues who demanded a workshop. The first workshop was in Durban in November 2014. Since then (as at July 2019) he has trained nearly 800 mental health professionals across South Africa.

Many of the protocols currently used in BWRT were developed in South Africa by colleagues who have done the course. Constant research, peer supervision and interaction creates an ideal environment for the continuous research and development of BWRT®.

Due to our unique challenges South Africans have been instrumental in developing some of the innovative protocols currently used worldwide in BWRT for e.g. the protocol for use with intellectual disabilities, group therapy for homogenous trauma, group therapy in schools and universities for exam anxiety and couple therapy. It has been translated into Afrikaans, Zulu, Xhosa, Venda, Tswana, Portuguese and Italian.