Managing a new family after remarriage 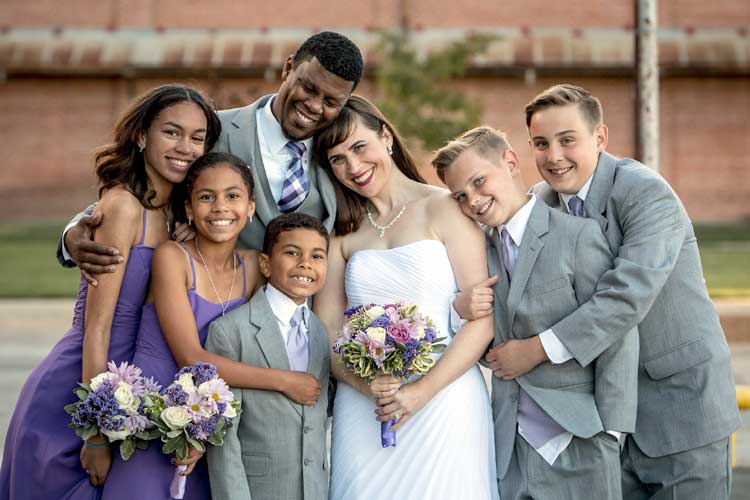 I saw a 16-year-old last week who was referred because of a fairly sudden drop in his grades at school. As our session progressed, he spoke of his fears regarding his mother’s impending second marriage. She was about to marry a man who had been married before and had two teenagers similar in age to him and his sister. He said he found it difficult to talk to his mother about this issue as she seemed “so happy” after being divorced for five years.

This article is not about divorce or the effects of divorce on children, but rather about remarriages and the impact this has on everyone involved. I couldn’t find any official statistics on how many people remarry in South Africa or how many children live with stepparents. I did, however, find some American stats that make for interesting reading. According to the US Census Bureau:

Given our high divorce rates and the high numbers of single parents, it seems likely that the South African scenario is similar. The big thing, it seems, about remarriages, particularly if both parties have been divorced before, is that both partners are just so grateful to have found someone to love and who loves them back that everything else seems minuscule. They tend to believe the “details” will somehow work themselves out, and that’s where the problems begin.

Psychologist Judith Wallerstein says that “while a divorce is seen as a second chance at happiness for a parent, a child does not always see it that way”. It, therefore, makes sense that the first task required, but often not done, is for the parent to spend time with the child before announcing the wedding date and ask for the child’s opinion. Thereafter, the parent should try to address the child’s fears and concerns, many of which are likely to be legitimate.

Another issue, which could derail the new marriage, is discipline. Usually, both partners have raised children in their own way and have different views on how and when to discipline. The stepparent needs to be clear about what role the biological parent expects them to play. Stepparents often fear the stepchild will at some point say: “You are not my father, so don’t tell me what to do!” This causes them to sometimes hold back, which then leads the other parent to accuse them of not caring.

Additionally, children often feel dumped by the biological parent in favour of the stepparent. This breeds anger and resentment and becomes fertile ground for future rebellion against the perceived usurper.

We all know traditional families can be minefields of personality clashes, sibling rivalries, fights for affection, power, control and dominance. Newly constituted families will without a doubt be challenged by all of these issues and even more, making them vulnerable to premature break-ups. It, therefore, makes sense to focus on trying to find solutions to many of these challenges before they become unmanageable and precipitate yet another unnecessary break-up.